HHGREGG ANNOUNCES MULTI-YEAR EXTENSION WITH ANDRETTI AUTOSPORT
Retailer to Serve As Co-Primary Sponsor of the No. 27 Car Piloted by Marco Andretti

INDIANAPOLIS (August 23, 2016) – Reigning Indianapolis 500 champions Andretti Autosport and hhgregg (NYSE:HGG) announced a multi-year partnership today for the Indianapolis-based company to serve as the lead, co-primary sponsor for Marco Andretti and the No. 27 Honda-powered entry in the Verizon IndyCar Series, and as a team-wide sponsor across all Andretti Autosport IndyCar entries beginning in 2017.

“Our relationship with Andretti Autosport and Marco has been incredibly successful for both sides,” said hhgregg CEO, Bob Riesbeck. “As hhgregg continues to strive to deliver best-in-class product offerings, prices and customer service, we’re thrilled to be so closely connected with a brand that stands for excellence in its field as well. We’ve had a great experience with Marco and the team and are excited to be building a future together.” 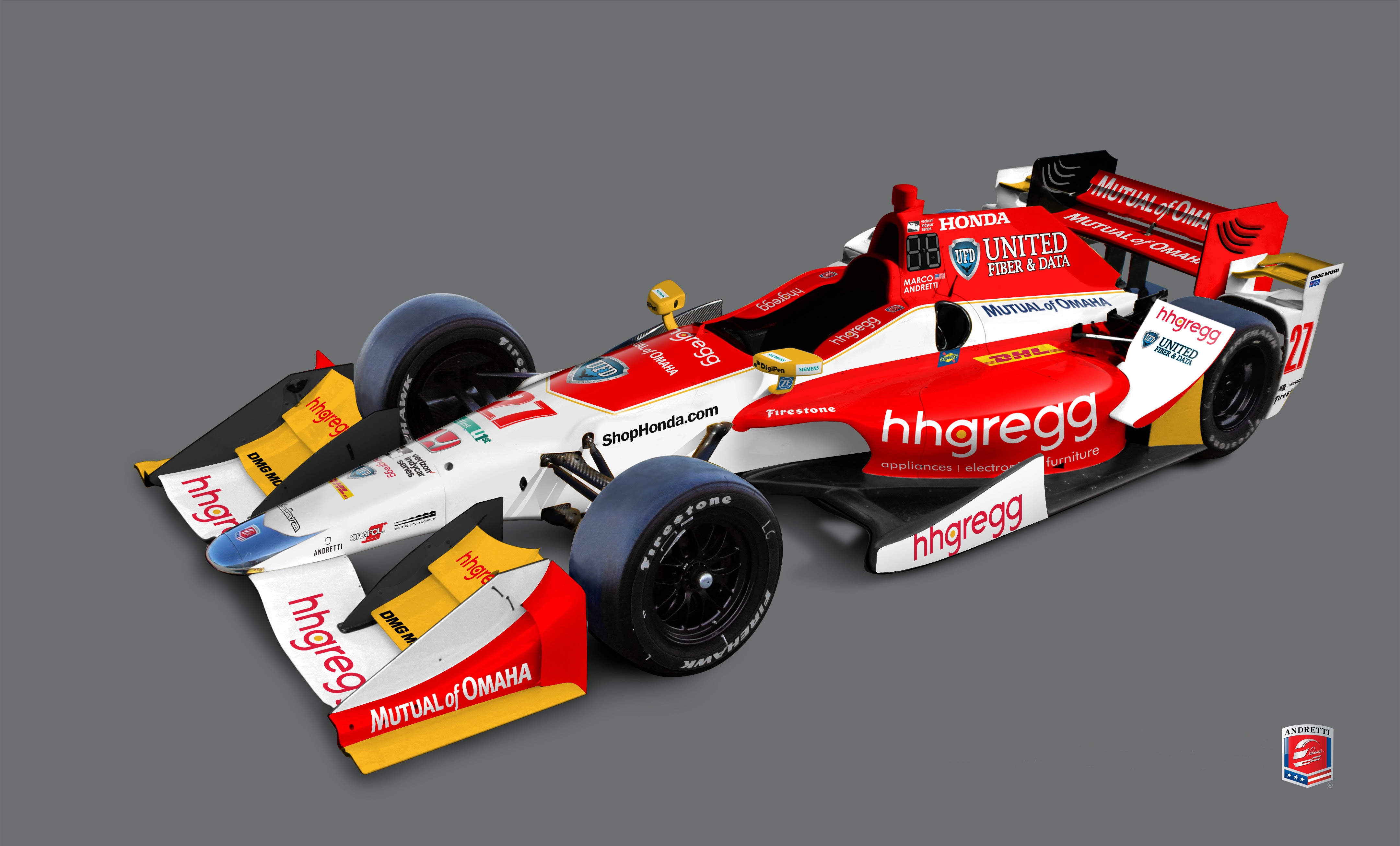 “We’re proud to expand our relationship with hhgregg and to represent their stores and partners,” said Andretti Autosport CEO, Michael Andretti. “They will be the primary sponsor on Marco’s car for half of the races and also integrate across all of our entries as a team sponsor. With Marco having played a very important role in establishing our partnership with hhgregg, we are all excited and fully committed to helping them achieve their business goals for the program and maximize exposure for the brand.”

Andretti and leading appliances, electronics and furniture retailer hhgregg began their relationship in 2016, which included a successful activation month for the brand around the iconic Indy car races in May. The month of May will remain a pillar of consumer activation for hhgregg as it will serve as the primary sponsor of Marco Andretti for both the Grand Prix of Indianapolis and the 101st Running of the Indianapolis 500.

The extended partnership with hhgregg also brings Marco Andretti’s return to Andretti Autosport for what will be his 11th year of competition at America’s top-level of open-wheel racing.

“I am especially proud of this partnership,” said veteran Indy car driver Marco Andretti. “I can’t wait to kick off the 2017 season with hhgregg and continue to build on the relationship that we worked together to start earlier this year.”

For hhgregg, this comes on the heels of their recent announcement to open 25-30 Fine Lines specialty stores over the next 24 months. The Andretti brand, and IndyCar race demographics, align nicely with hhgregg and its Fine Lines target customers. Additionally, hhgregg will serve as the primary sponsor of Marco’s entry at several IndyCar races that align with Fine Lines markets, which provides the opportunity to execute hhgregg and Fine Lines brand activations and to entertain its most loyal partners and clientele.

hhgregg Senior Vice President of Marketing, Chris Sutton, added, “From driving excitement for our customers and associates, to opening up new business opportunities through our Fine Lines stores, leveraging this powerful racing platform will be instrumental in hhgregg delivering on our goals and benefiting our most influential partners and vendors. We look forward to Marco and Andretti Autosport being great ambassadors for the hhgregg and Fine Lines brands.”