LET’S GO RACING
The 2016 Verizon IndyCar Series season is upon us… And we are ready to go racing! Our drivers and crews are headed south for the season opener on the Streets of St. Petersburg. Here’s a look at what you need to know for the 2016 season.

OUR 2016 LOOK
While each driver will continue to carry the colors of their respective primary sponsors, the team’s liveries tie together for the 2016 season with a nod to the history of the Andretti Autosport foundation. Each of the team’s Honda-powered machines will don a unified color stripe, starting at the forward cockpit and running through the rear of the car. This element of the car liveries was inspired by the livery of Mario Andretti’s 1972 Indy car, which later became the inspiration for the helmet design worn by all three generations of the Mario’s lineage – and still carried by Marco today. The unified look will also carry through to the Indy Lights machines. 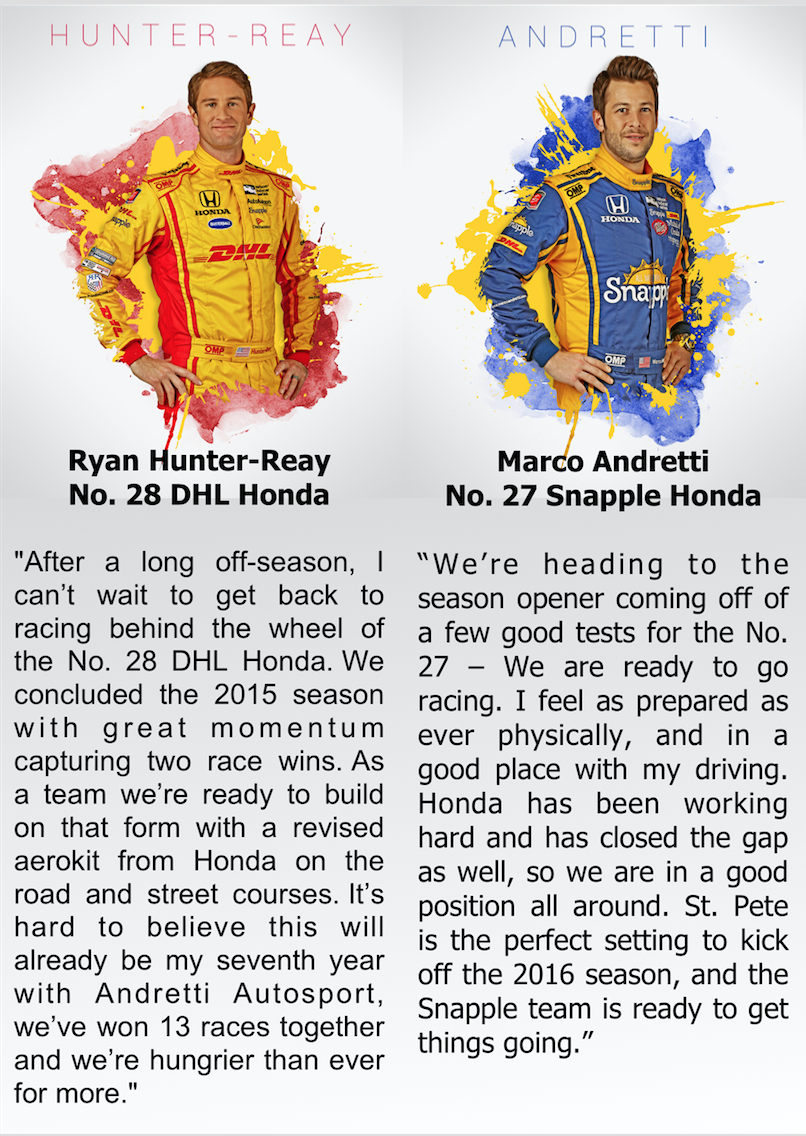 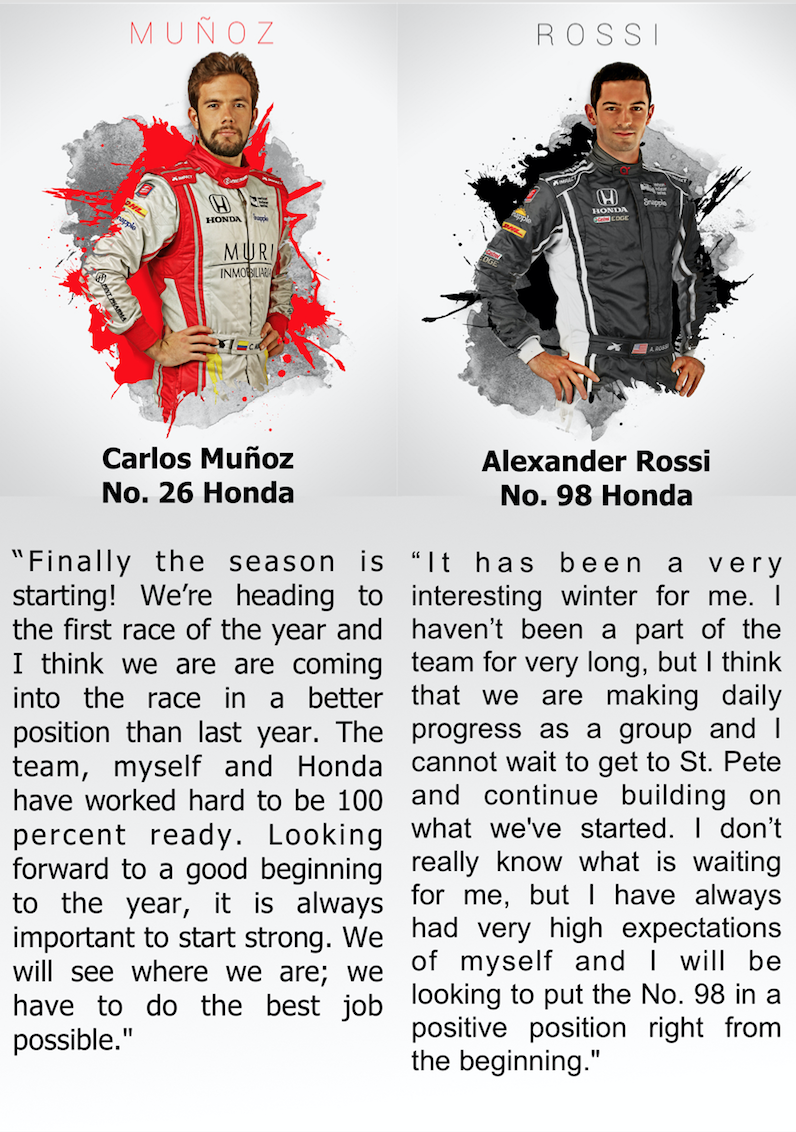 Shelby Blackstock.
“I am looking forward to the 2016 season, I’m very excited to get started and see where everything ranks up. The team has done a lot of hard work over the winter and we’ve added two more cars to the program. The series has thrown a couple of curve balls at us with some updates to the car which changes the performance of the car which is just another challenge for the team. So far we have done pretty well with working with what we have. I’m really looking forward to getting to St. Pete. Hopefully we can start the season on a high note.”

Dalton Kellett.
“I am very ready for the start of the season this weekend at St. Pete. After a long off season of testing, training, and getting ready for the year and I’m very excited for the chance to actually get behind wheel of the IL15 and do some racing. “We’ve been doing a lot of testing, getting our setups and myself tuned up and ready to go for the season opener. I am very grateful for all the work Andretti Autosport and my crew have put into this off season. Everyone has worked very hard and I know if we take the same constant drive for improvement and perfection going into the race season, we’ll be contending for the win, so I can’t wait to see what happens at St. Pete.” 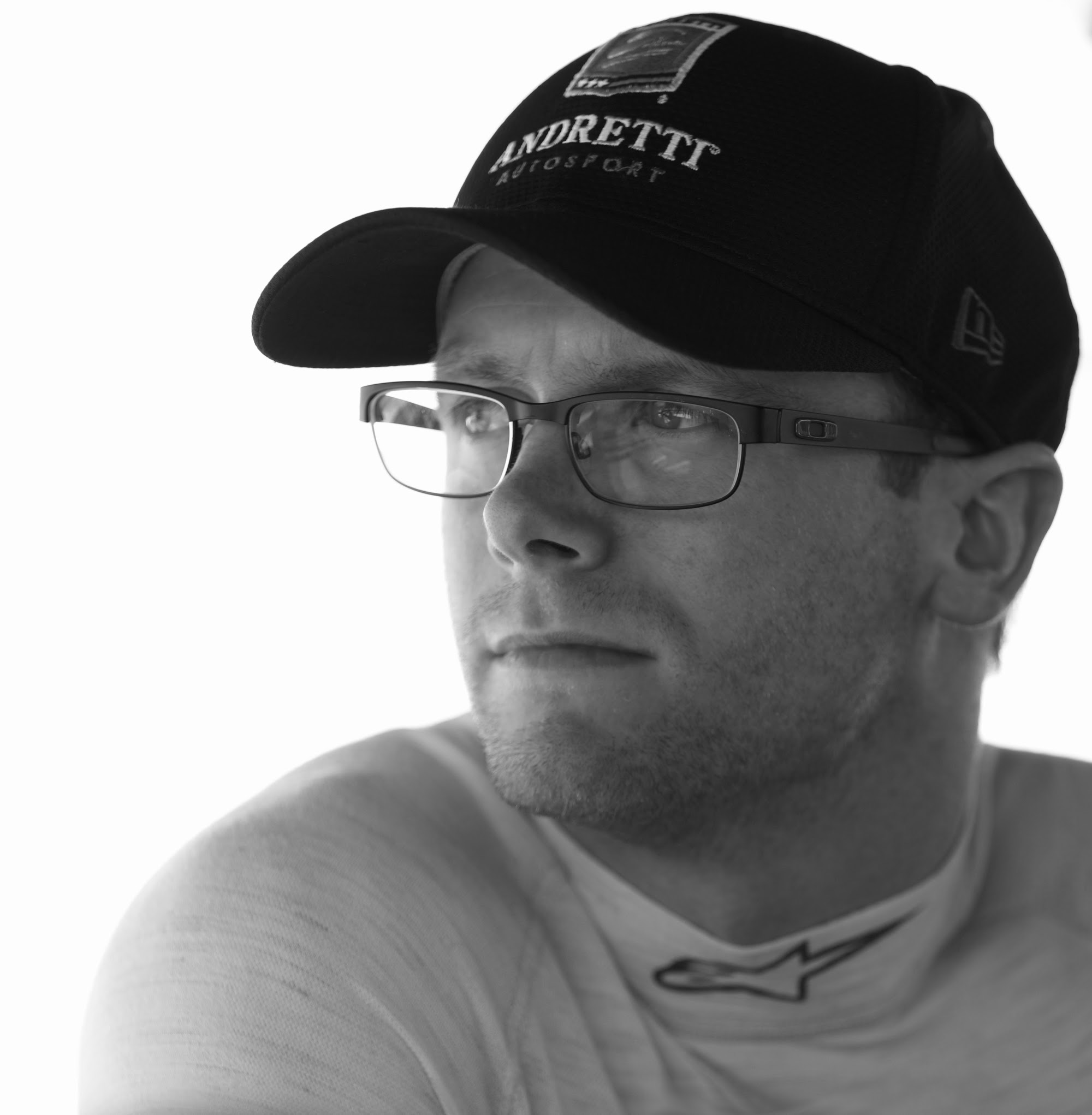 Dean Stoneman.
“I can’t wait for this season to start. Racing in the US is always something I wanted do and competing in IndyCar and the Indy 500 is the ultimate goal in the coming years. Success in Indy Lights and the Mazda Road to Indy program will be a big help in getting there. Ovals will be whole new experience too, but as testing at Phoenix proved, I should be competitive on these tracks. I will be racing on circuits for the first time and there is lots to learn; especially a new car, however, I’m here to win and I have a great team in Andretti Autosport to help me achieve success this season.”