Newgarden Qualifies 4th For 500-Mile Race; Carpenter Will Start Inside Of Row 11

(LONG POND, Pa.) August 22, 2015 – Qualifying Notes
JOSEF NEWGARDEN, NO. 67 HARTMAN OIL CHEVROLET: “The No. 67 Chevrolet has been really good, we had a tough first session there trying to get on top of all of the changes we needed to make  and everything that was going on with the car. We didn’t roll off like we wanted to, but I feel bad now because we were really fast during our qualifying run! I think the car had another half mile per hour, maybe a mile per hour, in it. We were shooting in the dark a little bit, we did the best we could. We have a great team, we always come back really strong when we don’t start that well. I am happy with that, I hope that keeps us up towards the top of the pecking order.”
ED CARPENTER, NO. 20 FUZZY’S VODKA CHEVROLET:  “It’s hard when you get into these two days shows and we’ve been behind since we got here. After our qualifying run, it is back to the drawing board. I have to do a better job, we all have to do a better job. Hopefully I have a better practice later, but we certainly have a lot of work to do.” 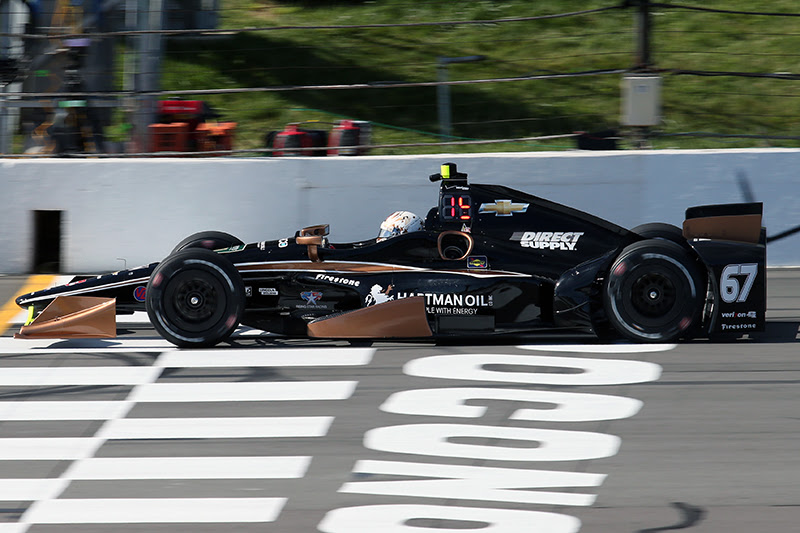 Josef Newgarden had a tough first practice session this morning, turning only the 18th quickest lap, but bounced back to qualify 4th for tomorrow’s ABC Supply 500. 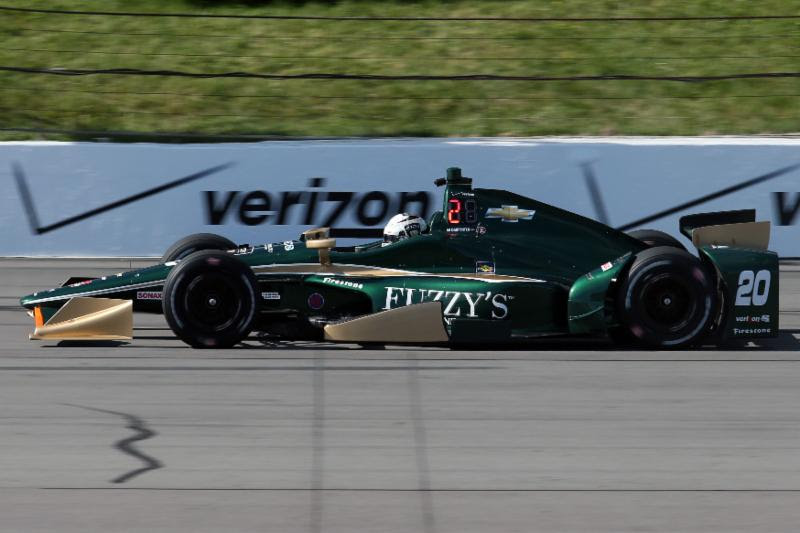 Ed Carpenter qualified 21st for tomorrow’s 500-mile race at Pocono Raceway. The ABC Supply 500 will be Carpenter’s last race of 2015 as it is the last oval event of the Verizon IndyCar Series season.

Led by co-owners Ed Carpenter, Sarah Fisher, and Wink Hartman, CFH Racing was formed in August 2014 by the integration of Ed Carpenter Racing and Sarah Fisher Hartman Racing. What is now CFH Racing has seven victories and 21 top five finishes in the past five years and earned back-to-back pole positions for the Indianapolis 500 with Carpenter in 2013 and 2014. CFH Racing competes in the 2015 Verizon IndyCar Series with two Chevrolet V6 Twin Turbos, prepared in the team’s Speedway, Ind. headquarters. Josef Newgarden pilots the No. 67 car; Carpenter is the driver of the No. 20 car for the oval events while Luca Filippi takes the wheel for the road and street course events.