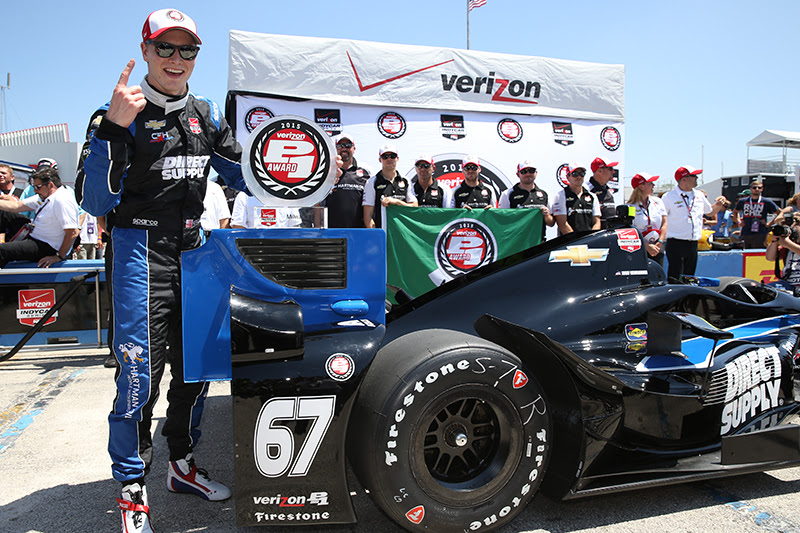 Due to a unique schedule that saw practice, qualifying and the race all take place on the same day, Josef Newgarden claimed his first career pole position just hours before the start of the ABC Supply Wisconsin 250.
(WEST ALLIS, Wis.) July 12, 2015 – Race Notes
JOSEF NEWGARDEN, NO. 67 DIRECT SUPPLY CHEVROLET, FINISHED 5TH: “We just had to do too much work later in the week to try and get by people. I could only get so many spots, but our car was fast. It’s been fast all weekend, the Direct Supply guys really put an amazing car together for us. It’s just that I needed clean air, probably more so than other guys. To get that was difficult. When we had it in the beginning, I think we were the fastest car in the field for sure. It was all about track position today, we lost out on that a little bit but it was still a great effort and a great weekend for CFH Racing.”

ED CARPENTER, NO. 20 FUZZY’S VODKA CHEVROLET, FINISHED 10TH: “Our finish was a good recovery from where we started. It was a long, tough day. We had a decent shot with the way the pit stops cycled through. We were running third on the last restart, but we were the last car in line on old tires. It was really tough in dirty air in today, we needed to be better in those conditions but I think even the best cars struggled in traffic on old tires. At the end of the day, from what happened in qualifying to get a Top 10 and finally finish a race, I’ll take it as a positive. To have one top five and one top ten today, with Josef’s first pole, all in all it was a good weekend for the entire team.” 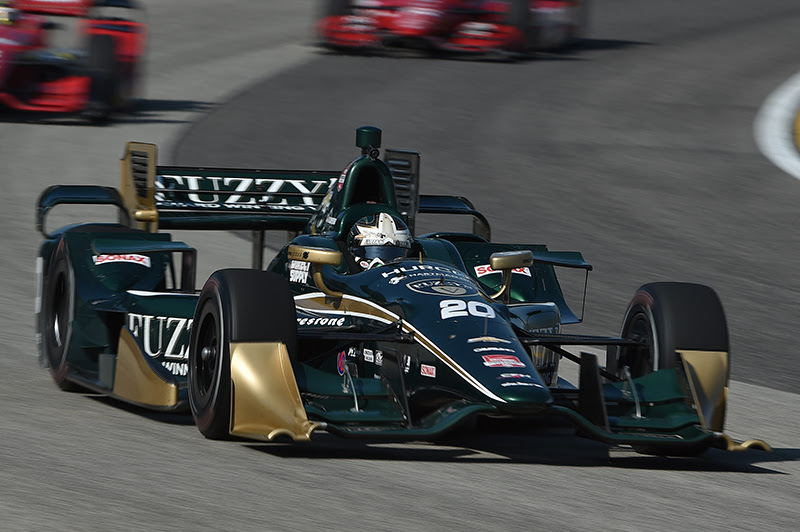 After bad luck during the first three oval races of the season, Ed Carpenter was able to bring home a Top 10 finish during today’s race at the historic Milwaukee Mile. Carpenter will race again next weekend in Iowa Speedway. 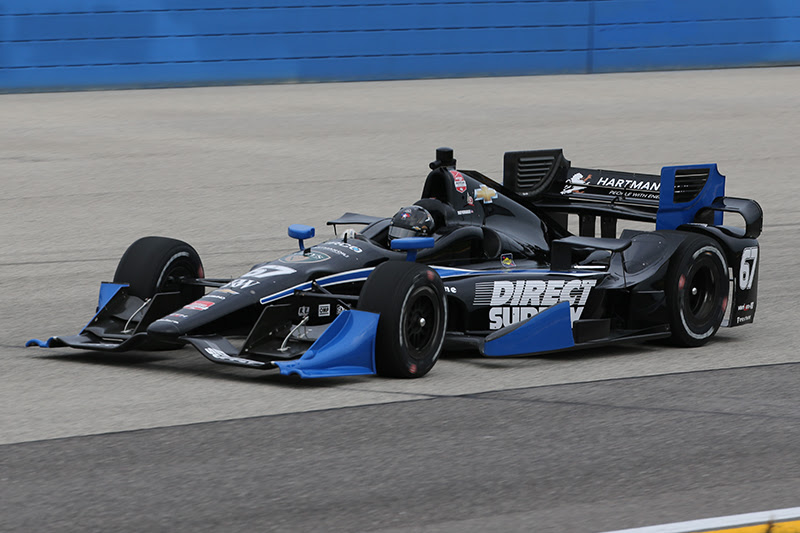