JOSEF NEWGARDEN, NO. 67 HARTMAN OIL CHEVROLET, FINISHED 21ST: “I just ran out of room. I think Ed was hearing one thing from his spotter, he just washed up into Lane 4 and we ran into the wall. It’s unfortunate because you don’t want to have both cars out of the race. If it was just one of us it would be better, but we just got together with probably a little bit of miscommunication on what was going on. Everyone was using four lanes, It’s a lot of tight quarters, it was dicey racing so we just got together and kind of got caught out.”

ED CARPENTER, NO. 20 FUZZY’S VODKA CHEVROLET, FINISHED 22ND: “I don’t even remember who I was racing with, it was getting so jumbled up there. I went to the bottom and thought I was going to be able to go to the third lane. Someone shoved me to the second lane where I got understeer and started going up the track. I was just letting it go up the track because I assumed I was clear, I wasn’t hearing anything on the radio. It doesn’t get much worse than taking out your teammate and crashing both team cars. I should have lifted and left more room up there but I didn’t even know anyone was even coming, I didn’t have that information. I am pretty bummed out about it. We had a good car, ran up front all day and I would have been there at the end.” 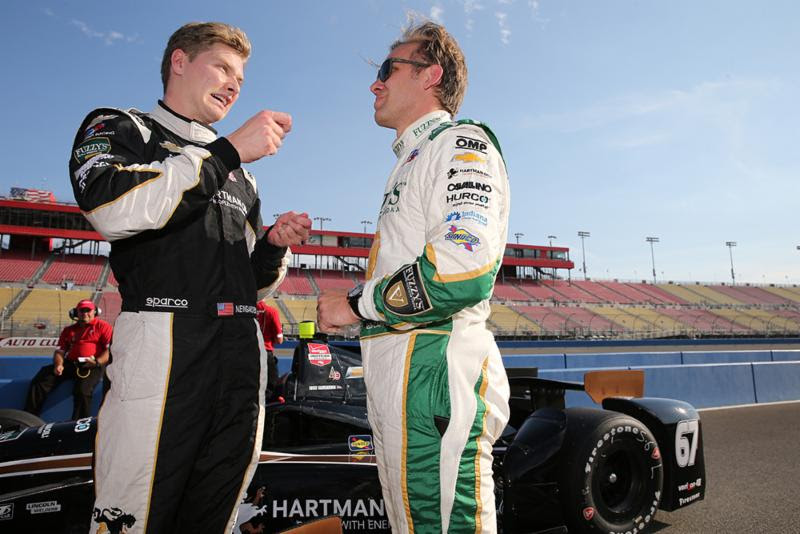 CFH Racing teammates Ed Carpenter and Josef Newgarden were involved in the same on-track incident today, ending both of their races early. The team finished 1-2 with Newgarden and Luca Filippi in the last round of Verizon IndyCar Series racing in Toronto; today, Newgarden was credited with a 21st place finish and Carpenter was 22nd.
category: Carpenter Fisher Hartman Racing
« CHEVROLET IN THE VERIZON INDYCAR SERIES – MAVTV 500 – POST RACE QUOTES
CORRECTED – CHEVROLET IN THE VERIZON INDYCAR SERIES – POST RACE QUOTES »